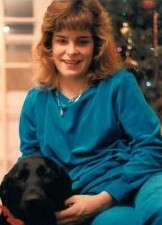 In 2008, at age 44, Pam was living in West Virginia working full-time and raising her 12-year-old son as a single mother. One day, she found herself feeling anxious, confused, and disoriented. She called her mother, Barbara, for help.

Frightened and alarmed, Barbara told Pam to go the ER immediately, and she herself boarded a plane from California to be by Pam’s side.

Today, Pam is living with a brain injury caused by a virus. Even a mild viral infection can lead to a more serious brain injury, such as a stroke, and can cause severe brain damage. In Pam’s case, it resulted in an autoimmune disorder that attacks the nervous system and causes swelling in the brain. Brain injuries like Pam’s can happen to anyone at any time.

After two months in the hospital, Pam was discharged but continued to suffer from poor vision, lack of balance, and impaired cognitive functioning. No longer able to live on her own, Pam moved to California to live with her mother. Their lives were changed forever.

Once her limited outpatient therapy was complete, Pam’s recovery began to plateau. Feeling alone and desperate, and wanting more for her daughter, Barbara reached out to Schurig Center.

Pam has benefited from numerous services including yoga, occupational therapy, life skills classes, art therapy, and support groups. Barbara receives support, education, and respite that provide critical assistance for her to cope with the challenges of caring for herself and her daughter. Not only have their lives greatly improved, but Pam’s abilities have as well.